is it Baritsu or Bartitsu

Is it Baritsu or Bartitsu? A question a newcommer often has when researching the martial art of Sherlock Holmes.

Baritsu, a term described as a Japanese style of wrestling, detailed in the Sherlock Holmes story The Adventure of the Empty House was the martial art he used to defeat Professor Moriarty.

Bartitsu is an eclectic martial art and self defence philosophy created by Edward Barton-Wright. Combining Japanese JuJitsu, Boxing, Savate, Vigny La Canne and other systems, Barton-Wright opened the Bartitsu club for the Victorian lady & gentleman to learn how to defend themselves from the increasing waves of violence within the city of London.

It has been suggested that Conan Doyle’s Baritsu is in fact Bartitsu. The exact reasons to why it was spelt different in the Sherlock Holmes story has not been fully established, but it is generally accepted that Baritsu is Bartitsu.

Some believe it may have been a misspelling whilst other suggestions is that is could have been a deliberate alteration, reasons being such as to make the word sound more “Japanese” or to simply avoid any possible copyright issues.

Though we may never know the reason for the misspelling, Sherlock Holmes, “Baritsu” and Conan Doyle have immortalised the important work of Barton Wright and his fellow teachers, ensuring the art of Bartitsu was not lost to the grains of time. 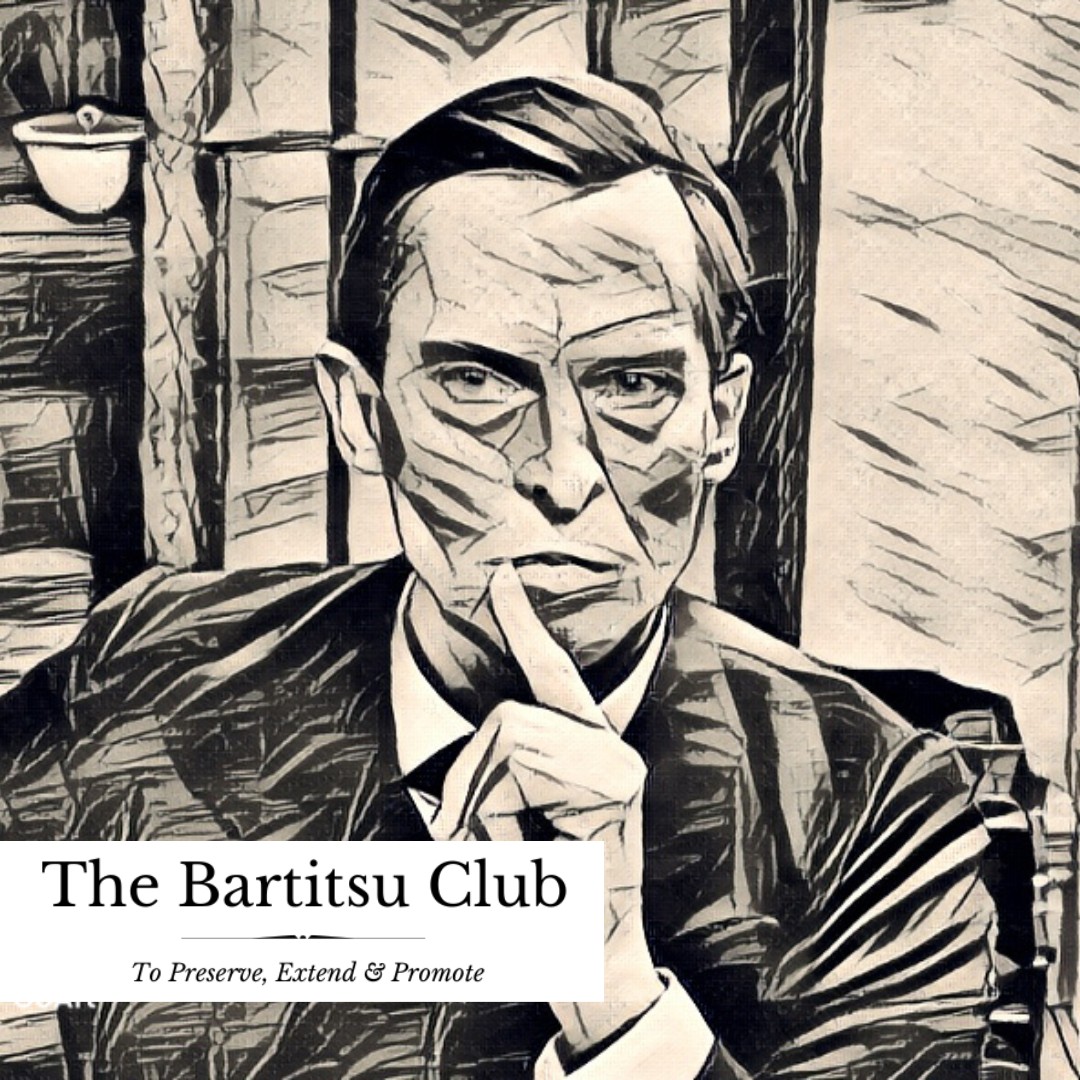 If you’re interested in learning more, the Bartitsu club webpage seeks to preserve, extend and promote the art of Bartitsu. Below we have included some useful links on our website.

A directory of Bartitsu clubs