Titled What Bartitsu Was and What It Can Be, the new book can be purchased here from Amazon. 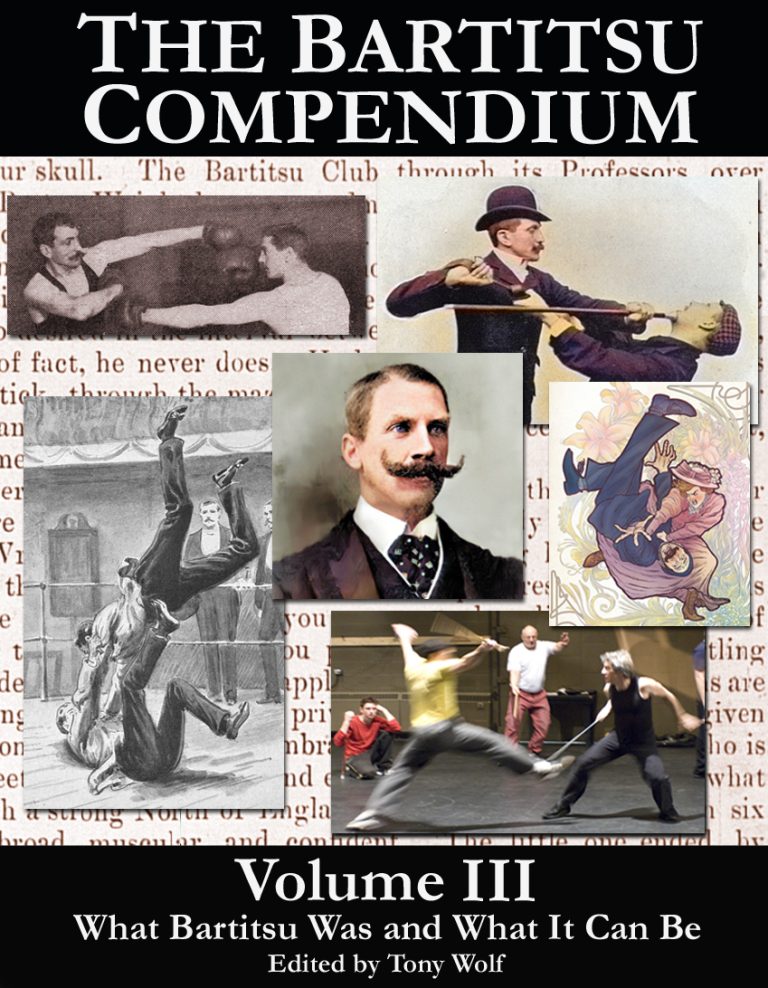 With over six hundred pages in length and profusely illustrated with rare historical images, Volume III promises to present cutting edge of current knowledge on Edward Barton-Wright’s “New Art of Self Defence”.

The Bartitsu Compendium 3 has been published 120 years after the Bartitsu School of Arms in London closed its doors for the last time and marking the 20th anniversary of the modern Bartitsu revival movement. Just like the previous 2 volumes, this is must have for any Bartitsu practitioner or martial art historian.

If you’re interested in learning more about Bartitsu make sure you check out our Learning Bartitsu page.